We are happy to present you our first character artwork, so it’s time to talk a little bit about the characters and the way they work in Day Zero.

Before we do that: We are looking for a name for our first character and we want you to choose it. You can suggest a name for him the whole July. Just leave your idea in the comments, on Instagram or in our Facebook group. We will pick the two names we like the most and let the community vote for the name. The one who picked the name, will have his name printed in the manual of the Kickstarter-edition of the final game (of course only if he/she wants to).

Which character will you choose?

In Day Zero you start with four characters in your group, so each potential player can choose one character to go on the next mission. The characters which are not chosen (in the beginning this only happens if you are less than four players, later in the game because your group will have more than four characters) stay in the settlement and perform useful tasks. But more on that in another update.

One thing we thought was cool is that you can choose which character you play for every mission. So you can switch between characters and take the one you want to play most that day – or the one you think best fits the mission. Or you stick to a character for the whole campaign. Your choice.

How to control your character?

Skill cards have the following information on them (please note, that the design is a work in progress – the final cards will look different).

The initiative for this turn (red): Turns are taken from the character with the lowest initiative (1) to the highest (99). Enemies also have an initiative value on their cards (more on that later)

Cooldown (blue): The skill cards you used are not discarded, but put on a cooldown pile on the player board. Every turn those cards are moved one space to the left. Once they move out of the last spot they will return to your hand and you can play them again. We really like that idea, because in games like Gloomhaven you can only play your coolest ability once per mission. Sometimes you end up saving it for a tough situation which never comes and then you have wasted your best ability. This is prevented through the cooldown mechanic without enabling the player to use that awesome skill every round. Skills have different cooldowns.

Action 1: What you do with that skill and its range

Action 2: Some cards have to actions, if they do it’s visible on the right sight of the card

Movement (below the actions): The number of fields you can move when playing that card.

Why we are excited about that system

We like that system so much because it gives us the flexibility to really let you choose how you want to play. Different characters have different skill cards and can be specialized even further by leveling up. Also there are a lot of tactics involved, because you have to think about when to use which skill – or which skill you equip for a certain scenario.

Our yet unnamed character is more of a close combat guy. He uses melee weapons to hit zombies (and other things trying to kill him) in close combat. He deals massive damage doing that without making noise (which is important – but more on that later as well). He is also pretty agile which makes moving over the map easy for him. In the end he is one of the more straight forward characters and you’ll know how to play him once you see his skill cards. This is why we chose him to be one of the four starter characters.

We are happy to hear your thoughts and of course your suggestions for his name!

Looks like a guy I work with. His name is Nick. Last name is to long to remember so we call him Solo for short. 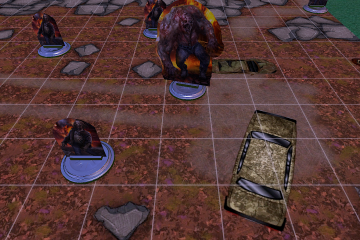 It’s been some weeks since our last blog post and we want to give you guys an update about our progress. Our initial idea was to have a working prototype of the complete first chapter Read more… 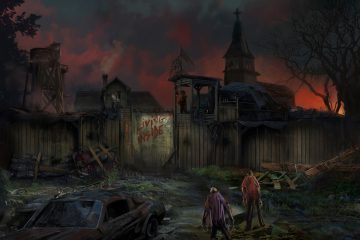 We want to give you an update about the current state of development. Currently we are working on content: characters, enemies, scenarios and everything needed for the game play (tokens, cards, boards, …). Our goal Read more… 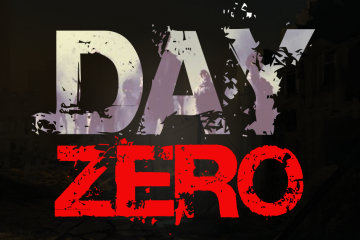 We have a logo

To create this web page and different other venues like our Facebook group we decided we need a logo – so we got one. Hope you guys like it.

Any cookies that may not be particularly necessary for the website to function and is used specifically to collect user personal data via analytics, ads, other embedded contents are termed as non-necessary cookies. It is mandatory to procure user consent prior to running these cookies on your website.